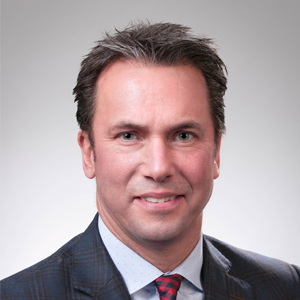 James H. Hegenbarth has served as President/CEO of The Park Bank in Madison, Wisconsin since 1999 and a member of its Board of Directors since 1997. He has been in the banking industry since 1985 and served in roles with increasing responsibilities, including consumer loan officer, credit analyst, credit manager, Associate Vice President of Business Banking, Vice President of Business Banking, and Senior Vice President of Lending. Mr. Hegenbarth previously worked at First Bank, N.A. (now U.S. Bank). He is a former Wisconsin Bankers Association (WBA) Board member and a current member of the Government Relations Committee. Mr. Hegenbarth is a Board member of the American Family Children’s Hospital at UW Madison, a trustee and Chairman of the Business and Finance Committee at Edgewood High School and the Chairman of the Ronald McDonald House Madison Capital Campaign. He is also a new member of the American Bankers Association (ABA) FHLB Committee. Mr. Hegenbarth is a graduate of the Graduate School of Banking, University of Wisconsin-Madison, and earned his undergraduate degree in Economics from the University of Wisconsin-Madison.