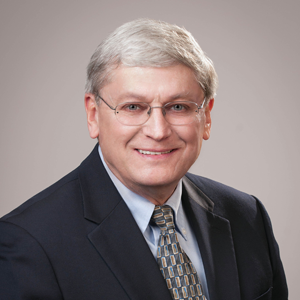 James T. Ashworth joined CNB Bank & Trust, N.A. in 1978 and has served in many capacities, including as Vice Chairman since 1989 and as President and CEO from 1989 to 1997, as well as serving as Vice Chairman and President and CEO of its holding company, CNB Bank Shares, Inc. since 1989. Mr. Ashworth served as Chairman of the Community Bankers Association of Illinois (CBAI) and as an elected director of the Independent Community Bankers of America, on the state association's Legislative Committee and the national association's Regulation Review Committee; he was named CBAI's "Outstanding Member" in 1995. He also has previously served on the Illinois State Treasurer's Community Bank Advisory Council and as an appointed delegate to the White House Conference on Small Business. Mr. Ashworth earned a Bachelor of Science degree from the University of Miami, and is a graduate of the Graduate School of Banking in Madison, Wisconsin, as well as its post-graduate program. Mr. Ashworth has also served on numerous local boards, including a community hospital, a chamber of commerce, an economic development corporation, and a community foundation.