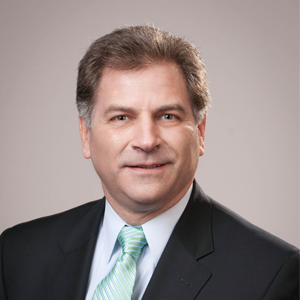 Joseph Fazio III is Co-founder, Board Chairman and CEO of Commerce State Bank, which opened in 2005 and ended 2021 with more than $800 million in total assets. Mr. Fazio is the only CEO Commerce State Bank has had. Mr. Fazio also serves as a director of the bank’s holding company, Commerce Financial Holdings, Inc. Prior to founding Commerce State Bank, Mr. Fazio led a privately-held marketing company from 2002 to 2004, was Director of Corporate Marketing for Metavante (now FIS) from 1998 to 2002, led Personal Trust Administration for M&I Trust Company (now BMO) from 1995 to 1998, and held several management positions with IBM from 1983 to 1995. Mr. Fazio is a 1983 graduate of St. Norbert College, and in 1988 earned his master’s degree from Edgewood College. He served as a member of the board of directors of the Wisconsin Bankers Association from 2013 to 2016. Mr. Fazio has served as an elected official for the City of Cedarburg and has held several city board appointments. He is the past President of the Greater Cedarburg Community Foundation and chaired the 2018 Washington County United Way Campaign. He has served on the board of non-profits such as St. Francis Borgia School, Walker’s Point Youth and Family Center, and the Cedarburg Athletic Booster Club. Mr. Fazio is currently President of the Wisconsin Chapter of the Private Directors Association, and a member of the National Association of Corporate Directors and is an NACD Board Leadership Fellow. Mr. Fazio is the author of the book, “This Might be a Dumb Question, but How Does Money Work?”