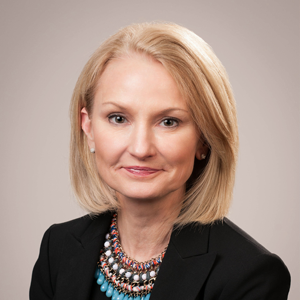 Lois Alison Scott has served as President of Epoch Advisors since 2015. From 2011 to 2015, Ms. Scott served as the Chief Financial Officer for the City of Chicago, the first woman to ever serve in that capacity. In 2011, Ms. Scott co-founded and chaired the Municipal CFO Forum with the Harris School of the University of Chicago.  She now chairs the Advisory Board of the Program for Excellence and Equity in Public Finance at Milken Institute. From 2002 to 2011, Ms. Scott was Chief Executive Officer of a financial advisory firm that served large corporate and governmental clients. Prior to that, she served as President and Vice Chair of a technology company that provided a family of services to schools. Ms. Scott started her career at First Chicago (now JPMorgan), where she was responsible for governmental, healthcare and higher education clients in an eight-state region. She also worked for Bank of America, Donaldson Lufkin & Jenrette and chaired the Management Committee of the Export-Import Bank of the U.S., after serving as a White House Fellow. From 2015 to August 2017, Ms. Scott served as a director on the board of MBIA, Inc. She served as Vice Chair and Audit Committee Chair of the Chicago Stock Exchange, where she was a director from 2016 to 2018 prior to its sale to the New York Stock Exchange. She currently serves on the board of the Kroll Bond Rating Agency, and Enwave Energy. Ms. Scott has served on the board of numerous nonprofit organizations focused on educational opportunity, economic empowerment, leadership development, and sustainable finance practices.