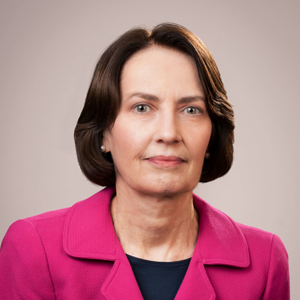 Mary J. Cahillane was Chief Financial Officer and Chief Investment Officer of the Spencer Foundation since 2003. She retired in May 2015. She previously worked for Bank of America from 1994 to 2003, Continental Bank from 1981 to 1985 and again from 1989 to 1994 and Texas Commerce Bank from 1985 to 1989, holding a variety of senior roles in asset liability management, risk management, and finance. More specifically, Ms. Cahillane was the Head of Funding and Asset Liability Management at Continental Bank and the Chief Financial Officer for the Global Retail Bank at Bank of America. Following Bank of America’s merger with NationsBank, she held the role of Deputy Treasurer of the corporation responsible for Balance Sheet Management, Pension Plan Investments, Corporate Securitizations and Structured Transactions, Rating Agency Relationships and the Parent Company Debt and Liquidity Plan. She was also the organization’s first Operational Risk Executive and was a member of the organization’s Management Operating Committee. Ms. Cahillane currently serves on the boards of IES Abroad, St. John Berchmans School, Children's First Fund, and PEAK (Partnership to Educate and Advance Kids). Until the sale of the company in October 2017, she served on the board of Forsythe Technology, Inc. and previously served on the boards of ShoreBank Corporation and ShoreBank.