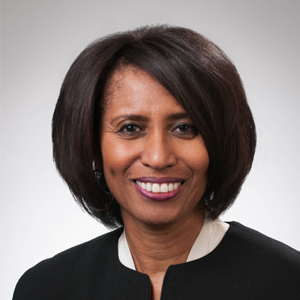 Phyllis Lockett has served since 2014 as the founding CEO of LEAP Innovations, a national non-profit organization that works with educators and technology companies from across the nation to research, pilot and scale new instructional designs and technology solutions that advance student learning. Prior to her role at LEAP, Ms. Lockett served as President and CEO of New Schools for Chicago, a venture philanthropy organization that invests in the start-up of new public schools, since 2005. Ms. Lockett served from 1999 to 2005 as Executive Director of the Civic Consulting Alliance, a pro-bono consulting firm sponsored by the Civic Committee of the Commercial Club of Chicago that leads strategic planning initiatives, process improvement and program development projects for government agencies. She has played an instrumental role in some of the largest initiatives for the City of Chicago, Chicago Public Schools, and Chicago Housing Authority, including the reorganization of the management structure, resident relocation, capital construction, asset management, and economic development strategies to support the Chicago Housing Authority’s $1.5 billion Plan for Transformation. Currently, Ms. Lockett serves as a director of the CME Group. Ms. Lockett earned a Master of Management from the Kellogg Graduate School of Management at Northwestern University and a Bachelor of Science in Industrial Engineering from Purdue University.