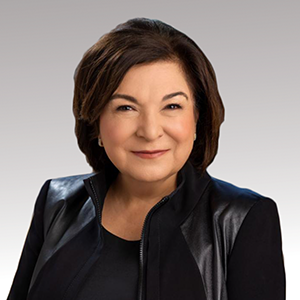 Maria E. Wynne is the Chief Executive Officer of Leadership Greater Chicago (LGC), the region’s premiere civic leadership development organization. Since 2014, Ms. Wynne has led the transformation of LGC, representing the organization at the highest levels of business, government, and social services. From 2008 to 2013, she served as Chief Executive Officer for the Girl Scouts of Greater Chicago and Northwest Indiana. Prior to that, she distinguished herself as an innovator and transformational leader at Microsoft and Xerox. Ms. Wynne is a member of the Commercial Club of Chicago, the Economic Club of Chicago, The Chicago Network, and The Chicago Club. She serves as Board President for the Goodman Theatre and Treasurer for P33, which was founded to work collaboratively with Chicago communities to make Chicago an inclusive and top Tier 1 “Tech City” in the United States. She also serves as a Trustee of North Central College, she is an Advisory Board member of Chicago Innovation and co-chairs the Advisory Council for the Civic Consulting Alliance. Ms. Wynne earned her Bachelor of Arts degree at North Central College and a Master of Business Administration from Northern Illinois University. She has continued her executive education at Northwestern University’s Kellogg School of Management, the Harvard Business School, and the Center for Creative Leadership.