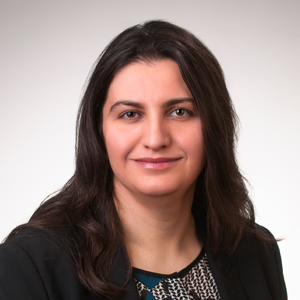 Virxhini Gjonzeneli became Senior Vice President and Group Head, Strategic Initiatives (now Member Support and Strategy) of the Bank in November 2017, and Executive Vice President in January 2021. Prior to that, she was Senior Vice President, Director of Enterprise Risk Management since 2015. Ms. Gjonzeneli joined the Bank in 2003, and from 2007 to 2015 held positions of increasing levels of responsibilities within the Bank’s Credit group, including Assistant Vice President, Senior Markets Credit Analyst and Vice President, Manager of Markets Credit Analysis. Ms. Gjonzeneli received her MBA from the University of Chicago Booth School of Business and her undergraduate degree from Northwestern University. She received her CFA charter designation in 2008.
Back to List