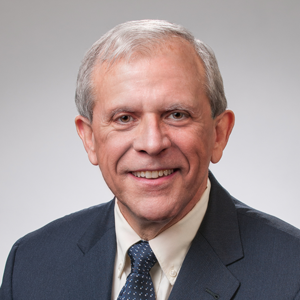 John Stocchetti has been with the Bank since 2006 and is currently Executive Vice President and Group Head, Mortgage Partnership Finance Program (MPF), a responsibility he assumed in January 2014. From May 2008 to January 2014, Mr. Stocchetti was Executive Vice President and Group Head, Products and Operations (formerly Products, Operations, and Technology), where he led a number of initiatives to upgrade, re-organize, and re-engineer the Bank’s operations and technology. Mr. Stocchetti served as Senior Vice President, Project Premier Director of the Bank from 2006 to 2008, where he led the effort to implement an enterprise-wide systems platform that is now the Bank's main operating platform. Prior to joining the Bank, Mr. Stocchetti served in several positions from 2004 to 2006, including Chief Financial Officer, at Ritchie Capital Management, LLC, a multi-strategy hedge fund. Previously, Mr. Stocchetti served in various capacities from 1997 to 2004, including CEO, with Learning Insights, Inc., an e-learning internet company. From 1995 to 1997, Mr. Stocchetti was a Senior Vice President with NationsBank where he was the head of interest rate derivatives operations on a global basis and the Chief Operating Officer of NationsBank Financial Products, a AAA-rated derivatives company. From 1978 to 1995, Mr. Stocchetti was with Continental Bank in Chicago, IL where he held various positions, the latest of which was as a Managing Director of Derivative Products. Mr. Stocchetti holds a Masters of Business Administration from the University of Chicago and earned a Bachelor of Science in economics from the University of Illinois at Chicago. Mr. Stocchetti served as an adjunct professor at the Illinois Institute of Technology where he taught classes for six years in the graduate level Financial Markets and Trading program.
Back to List
Starting June 15, 2022, we will no longer support Microsoft Internet Explorer as a browser on fhlbc.com. To ensure an optimal user experience, we recommend using Google Chrome or Microsoft Edge to access this site.